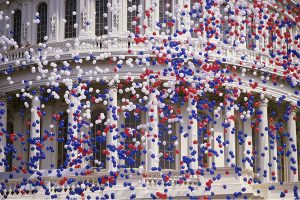 New tax incentives could catalyze billions of dollars in development and investment in 8,700 federally designated Opportunity Zones across the U.S. The question, observers say, is how the program will actually work: While some investors and developers are forging ahead with projects in these low-income areas, others aim to wait until regulators clarify the rules.

Fortunately, federal officials pledged in January to fast-track the rule-making process, which was delayed for weeks by the government shutdown. The process includes formal responses to questions and suggestions submitted by accountants, tax lawyers, developers, investors, trade associations (including ICSC) and other stakeholders.

At the winter meeting of the United States Conference of Mayors in Washington, senior Treasury Department officials promised to issue a second round of draft regulations soon, according to Phillips Hinch, ICSC’s vice president of tax policy. These officials also provided some important real-time clarification: The draft regulations state that any businesses located inside of these Opportunity Zones must derive at least 50 percent of their gross revenues from the “active conduct of trade or business” that occurs within that zone. In reviewing this language, some stakeholders feared that this would disqualify tech startups, office tenants, manufacturers and other businesses likely to sell products or services outside the zone. “At the conference, Treasury basically said that even if those gross revenues come from outside the zone, the income will still be able to qualify,” Hinch said. This helped reassure the audience that a broad array of businesses — not only mom-and-pop stores with local customers — would qualify for the program.

Regulators had yet to announce the date of the next hearing on the proposed rules as of the writing of this article, but the president and Congress had at least agreed to a three-week restart of the federal government, which allowed the Opportunity Zone regulatory process to get moving again. (The shutdown had forced the cancellation of a hearing originally scheduled for early January.)

The incentives apply to low-income census tracts designated by federal officials based on input from state governors. The benefits are attractive because they allow investors in Opportunity Zone funds to deploy unrealized capital gains that would otherwise be taxed upon sale, says Hinch. These reinvestments can be poured into real estate projects or into businesses located in Opportunity Zones. “The idea here is that there are unrealized capital gains in the stock market and elsewhere that could be brought in to encourage development and economic activity in these areas,” Hinch said. “The program has a lot of potential.”

In a Real Capital Analytics report in December titled U.S. Opportunity Zones: A Baseline, analysts point to the enormity of unrealized capital gains in this country. “Collectively, the Opportunity Zones account for 10 percent of the investable universe in the U.S. and have averaged $50 billion in annual acquisition volume and $34 billion of commercial construction starts in recent years,” the report says. “While significant, these investment volumes pale in contrast to the estimated $6 trillion of unrealized capital gains eligible for the Opportunity Zone funds.”

The incentives enjoyed bipartisan support when they were signed into law as part of the tax reforms of 2017. But Hinch points out that the provision on Opportunity Zones was a late addition to the bill, and many of the details were left to the Treasury Department to hone through the regulatory process. Timelines written into the legislation, he points out, add urgency to the need for final regulations: Investors seeking to qualify for the full 15 percent tax break — the maximum relief available for currently unrealized capital gains — face a year-end deadline for reinvesting those gains into Opportunity Zone funds, says Hinch. “The clock is ticking.”

Some newly launched funds from Fundrise, OPZ Bernstein, Sikari Luxe, Sortis Holdings, Trilogy Real Estate Group and Youngwoo & Associates have announced plans to raise hundreds of millions of dollars for projects in Opportunity Zones, notes Michael Harris, the managing director of St. Petersburg, Fla.–based CREModels, a real estate software and advisory firm. Los Angeles–based CIM Group, which controls about $3 billion in infrastructure and real estate assets in Opportunity Zones, plans to raise a $5 billion fund according to SEC filings. “We’re seeing estimates from the Treasury Department and others of Opportunity Zones attracting up to $100 billion in total capital when all is said and done,” Harris said. “If that happens, you’re talking about a historic shift of capital that would be enormously beneficial for communities, businesses, investors and developers all over the country, including many in ICSC’s membership.”

All told, Baltimore-based MCB Real Estate has about $375 million of projects in various stages of development in Opportunity Zones, says P. David Bramble, managing partner of the privately held, institutionally capitalized development and investment firm. Now under construction is Yard 56, a $150 million mixed-use project in East Baltimore approved for some 2 million square feet of total development. This past January Prudential Financial announced that its newly formed Opportunity Zone fund would make its first investment in the project’s first phase. At an estimated cost of about $77 million, this initial phase is to include roughly 100,000 square feet of offices and about 80,000 square feet of retail anchored by Streets Market & Café. The first of these buildings are set to open later this year.

The remaining regulatory issues associated with Opportunity Zones are headed toward a resolution, Bramble says. “There are certainly some loose ends,” he said. “It is not clear whether you can sell assets within a fund and recycle capital [without losing the tax benefits], which is one of the big issues. But most industry professionals I speak with feel pretty confident in how Opportunity Zones work for real estate transactions.”

Last October the Treasury Department and the IRS issued a first round of proposed regulatory guidance that elicited some relief in the industry, Harris notes. The new language included a stipulation that nearly any capital gains reinvested in Opportunity Zone funds — including those realized by partners or partnerships — could qualify for deferral. Another clarification in the draft regulations, says Harris, was especially important for real estate: According to the original language, investors in an existing building could qualify for the tax benefits only if they made a “substantial improvement” in that asset. Exactly what that meant was unclear. “The draft regulations clarified this point,” Harris said. “For a property with an existing structure, you only have to reinvest 100 percent of the value of the improvements to that structure — not the land — to qualify. Prior to that, people were concerned that it meant the combined value of the improvements and the land.” That would be tough in nearly all markets but impossibly expensive in Opportunity Zones with higher land values, Harris says.

In an official comment letter submitted late last year, ICSC President and CEO Tom McGee requested clarification from regulators on nine items. Among the most critical of these was a request for details about the “substantial improvement” requirement for ground-up development, Harris notes. “Right now, if you’re talking about vacant land, the law doesn’t specify how much you have to improve it [to qualify for the tax benefits],” Harris said. “Let’s say a fund buys a vacant piece of property in an Opportunity Zone. Can they build whatever they want — maybe a parking lot with a small ticket-taking booth — or does the project need to be more ambitious to qualify? Nobody knows.”

McGee also asked officials to make clear that all rental real estate, regardless of lease type, qualifies. “As the [Opportunity Zone] rules are designed to encourage development of real estate in underserved areas, we believe that the type of lease, whether ‘triple-net’ or otherwise, should be irrelevant in qualification of a property,” McGee wrote. Clarity on this point is important, concurs Harris. “This isn’t just about investment in development,” he argued. “It could be a boon to tenants as well. These communities tend to be highly underserved from a retail standpoint. You wouldn’t want to exclude drugstores and restaurants just because they use a triple-net lease.”

Harris, whose CREModels website includes a resource center for Opportunity Zone investors, has pored over all 145 comment letters on the proposed regulations from various stakeholders. The site includes a blog post by Harris highlighting the gamut of real-estate-related concerns in the letters. Though optimistic about the future of Opportunity Zones, he predicts robust debate on such questions as whether leases can be considered “tangible property” under the rules.

Developers and investors, in mulling whether to take advantage of these incentives, should keep in mind that the program is broad-based geographically, says Cynthia Stewart, ICSC’s vice president of community development. “Certainly, this was designed to attract investment into overlooked lower-income areas, and a lot of focus has been placed on the under-served urban market,” she said. “However, Opportunity Zones come in all sizes and shapes, all across the country. This is not just urban — it is urban, suburban and rural.”

Some ICSC members have expressed concerns about whether the tax benefits financially justify investment in areas that may lack critical infrastructure, Hinch says. But in many cases, he says, these zones were drawn in areas with legitimate growth potential — some are in the early stages of positive change, others adjacent to booming neighborhoods. “It’s true that you can’t have a project that doesn’t make economic sense from the get-go,” Hinch said, “but this program has the potential to accelerate development that is already happening.”

Developers might find that combining Opportunity Zone tax benefits with other incentives, such as tax-increment financing or the New Markets Tax Credit, can sometimes make all the difference, Stewart says. “Opportunity Zone funds are just one aspect of the incentives that are out there for these types of projects,” she said. “What this does is really broaden what developers, investors and businesses can consider as potentially viable. To me, that is huge.”

Some investors already appear to be sold on the trajectory of the program. Last November research firm CoStar reported that investment in Opportunity Zone properties had grown by $2.6 billion, an 8 percent increase over the prior 12-month period. This occurred before regulators had offered any detailed guidance on how the program would work, CoStar noted. The RCA report, for its part, cites an apparent spike of land sales in Opportunity Zones following passage of the tax reform act. “High-net-worth investors are calling their private wealth advisers at places like Goldman Sachs and saying, ‘I have $10 million in capital gains — go find me some opportunities,’ ” said Harris. “If you have a decent-sized chunk of land in an Opportunity Zone, your phone is probably ringing off the hook.”

The value of individual properties in these areas also could increase with time, according to RCA. “In Los Angeles and the [New York City] boroughs, prices of properties in Opportunity Zones are already showing outperformance relative to those not located in these zones,” write the firm’s analysts. “This is a trend expected to emerge across other markets as Opportunity Zone fund capital grows.”

Given the intense interest in Opportunity Zones, ICSC continues to plan programming focused on the subject, says Stewart. This month’s Mid-Atlantic Conference & Deal Making (March 4–5 in National Harbor, Md.) includes a panel discussion on how retail may be responsibly brought to under-served markets in Opportunity Zones. In addition, a March 14 ICSC webcast by tax experts will cover Opportunity Zones and other issues arising out of last year’s tax reform act. And yet another panel on Opportunity Zones is in the works for RECon, in May. Said Stewart: “We’re looking at how we can focus on the specific questions about Opportunity Zones that are most important to our members.”