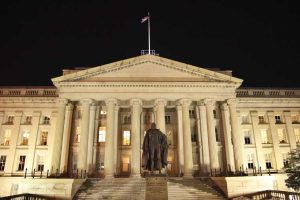 The buzz around Opportunity Zones is likely to get some fresh momentum now that investors and sponsors have some long-awaited answers to some lingering questions. On December 19th, the Treasury Department and IRS released final regulations that provide greater clarity to maneuvering Opportunity Zone investments.

The Tax Cuts and Jobs Act created tax incentives for Opportunity Zones as a means to attract more private capital investment into economically-distressed communities. Ultimately, the new tax program has led to the creation of some 8,700 Qualified Opportunity Zones (QOZs) around the country and hundreds of Opportunity Zone Funds (QOFs) that are making direct investments in businesses and/or property located within those designated areas.

The carrot on the end of the stick for taxpayers is the ability to defer capital gains on the disposition of assets, such as investment real estate, stocks, art or other property, by rolling proceeds into an Opportunity Zone investment. Program participants who invest their realized capital gains in a QOF within 180 days of realizing them can defer payment of taxes until April 2027 on investments held through December 31, 2026. As an added incentive to promote long-term investment, all capital gains derived through the investment in the opportunity zone itself are tax-free if they are held for at least 10 years.

As with any new tax rule, it was immediately followed by a flurry of questions to pin down some of the ambiguity of what was allowed and what wasn’t. The Treasury Department and IRS aim to address those questions in its final rules, which includes a 544-page report for those who want to read the fine print, or a condensed 5-page FAQ for those who prefer a more streamlined view. Below, we have pulled out some highlights that we have culled from the IRS documents, as well as other article reviews such as the Miami Herald and the Motley Fool.

Posted in Blog Posts and tagged Qualified Opportunity Zone
← Multifamily Apartment Trends to Watch in 2020Moves by the NY Fed, GSEs could accelerate transition away from LIBOR →