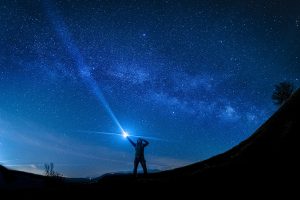 The creation of Opportunity Zones as part of the Tax Cuts & Jobs Act has unleashed a frenzy of activity in commercial real estate. Dozens of firms have already launched new OZ funds with the hope of capturing what could be hundreds of billions of dollars in capital gains that are attracted to the potential tax breaks Qualified Opportunity Funds offer. At the same time, stakeholders have voiced frustrations on some of the ambiguous and confusing rules.

The latest release of proposed regulations are a positive step in answering questions that will help to get capital off the sidelines. It also provides important information for cities that are trying to organize strategies for dealing with proposed projects within designated Qualified Opportunity Zones located in their communities.

The second set of Opportunity Zone Guidance provides needed guidance that had been missing specific to investing in operating businesses versus real estate development. However, the regulations do provide some important clarifications on eligibility of property, as well as rules on structure and timing that are relevant to both real estate and business investment Qualified Opportunity Funds.

One of the big complaints from Qualified Opportunity Funds to date has been a timing crunch to deploy capital before being subject to the 90% asset test. New rules would provide a minimum of 6 months starting from the time a fund raises a round of capital to when they need to place that capital.

Interim Gains and Recycling of Capital

One of the “sticking points” is how gains are treated if a fund has to sell a business or property before the 10-year exit. The latest Opportunity Zone guidance gives investing funds a 1-year grace period to sell assets and reinvest the proceeds, thus avoiding penalties intended to prevent funds from sitting on the cash. Individuals won’t be taxed for any fund-level activity as long as they don’t take distributions. It also clarifies that tax benefits will be tied to an investor’s duration invested in a fund versus the duration of the fund. While this is a step toward giving funds more operating flexibility, it is not a complete one. So, this is one issue that will see more guidance ahead.

The Opportunity Zone guidance provides clarifications for sponsors and fund managers on how to exit and wind down funds after the 10-year mark.

Specific to operating businesses, the first round of Opportunity Zone guidance seemed to infer that in order to qualify as an Opportunity Zone investment, 50% of that business income had to be generated within that Opportunity Zone. Treasury basically provided safe harbors for qualifying businesses that include qualifying a business if at least 50% of the hours the employees work are within the zone; if the business performs at least half of the its services within the area; or if there are significant management and operational functions present.

This latest version of proposed regulations come in the form of a lengthy document that tax and legal experts are still trying to digest and interpret. There are certain aspects that are still ambiguous and need further clarification. In addition, the latest release also comes with a standard 60-day public comment period. So, as with any major new tax law, it will be an ongoing process of refining the language and updating rules, which is why more releases from the Treasury Department are expected in the coming months.

Get cutting-edge news and views from the leaders in real estate technology and consulting services.