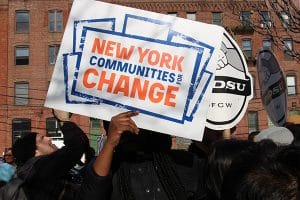 Amazon’s announcement that it plans to pull the plug on HQ2 in New York is a cautionary tale for Opportunity Zone investors.

Amazon justified its about-face by citing fierce opposition from what The New York Times described as “a group of activists and elected officials who objected to a suite of corporate sweeteners and tax breaks.” The logic here: We don’t want to go where we’re not wanted.

The project, which would have brought an estimated 25,000 jobs to Long Island City, Queens (in exchange for $3 billion in tax breaks), polled well among locals. It was the biggest and highest-profile Opportunity Zone investment to date.

Why did Amazon fail to anticipate the pushback from local activists and politicians? What are the lessons here for Opportunity Zone developers and investors?

Generally speaking, commercial real estate developers (or their regional offices if they’re a nationwide firm) operate in a relatively limited geographic area. But given the strength of demand for Opportunity Zone projects—an estimated $200 billion in investment capital is set to pour into these 8,700 federally designated low-income areas in coming years—it is no surprise that shovel-ready deals are limited, to say the least.

That creates a strong temptation for developers and investment funds to go adventuring into unfamiliar territory. And that doesn’t just mean someone from, say, Seattle targeting deals in New York. It could also involve handling money from different classes of investors, doing bigger-than-normal deals and/or jumping into unfamiliar real estate sectors. Why? Because crossing those lines might seem the only way to tap into the promise of Opportunity Zones, given their tight geographic boundaries and quirky market dynamics.

In assessing Opportunity Zone development risks, it’s important to pay attention to the potential downsides of working outside of your comfort zone. In the case of HQ2, Amazon clearly failed to appreciate the gathering strength of populist, left-wing activism in New York.

When Opportunity Zones are in play, the calculus is complicated by the “need for speed”: In order to receive the full benefits of the deferment—a 15 percent capital gains tax break—investors must act prior to Dec. 31, 2019. And once they sink money into a qualified fund, the clock starts ticking on a 31-month deadline for actually spending that money in the Opportunity Zone, according to the current draft regulations.

That means you don’t have time to slowly cultivate warm relationships with anti-development naysayers or politicians with their fingers in the air.

On the other hand, saying “We’ll just figure out the zoning and community dynamics when we get there” is not the best strategy, either. If somebody with the pockets of Amazon can’t get a coveted project like NY HQ2 off the ground … well, it shows that Opportunity Zone development risks aren’t always easy to see.

All of this highlights the value of partnering on these projects with veteran local developers—people who live and breathe the market and have built community relationships over years and decades.

It might surprise you to learn that public officials in Boulder, Colo., temporarily banned development in an Opportunity Zone this past December, but I doubt local developers and brokers did a spit take. They know the community’s predilections better than anybody.

Given the level of competition in play here and the tight timetables, there are no guarantees for any investor seeking to take advantage of Opportunity Zone incentives. However, local experts can bolster your odds of success. As you explore the Opportunity Zone map looking for targets, it’s a good idea to pound the pavement for another type of resource as well—JV partners with experience on the ground.