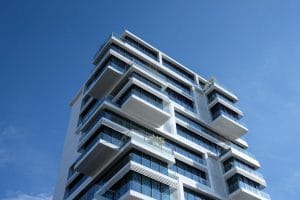 Despite signs of a maturing market cycle, life insurance companies appear to be staying the course on commercial real estate lending activity.

Insurance company allocations to commercial real estate inched slightly higher in 2016, according to the latest Insurance Company Investment Performance Survey released June 5th by the CRE Finance Council (CREFC) and Trepp LLC. Commercial mortgage holdings for survey participants rose 12 basis points in 2016 to average 11.2% at year-end 2016. Holdings ranged from a high of 18.29% to a low of 2.88%. Survey results include responses from 27 insurance companies with a combined $227 billion in loan exposure.

A Piece of the Pie

Life companies tend to consume a smaller slice of the overall “pie” of the total commercial real estate debt universe. Banks account for about 51% of originations, followed by the GSEs at 18% and life companies at 11%. CMBS lenders are a close fourth at about 10%, according to data cited in the Deloitte Expectations & Market Realities in Real Estate 2017 report.

However, even 11% is still a sizable chunk of a commercial mortgage origination market that represents trillions of dollars. The CREFC/Trepp survey participants alone said they completed $41 billion in new mortgages in 2016. Office is the most dominant property type at 31% of new deals, following by multifamily at 23% and industrial and retail both at 20%.

So far, 2017 appears to be business as usual for life companies in terms of their appetite to make new loans. In one notable deal, HFF arranged $350 million in financing for a first quarter portfolio acquisition in Charlotte, N.C. HFF helped to secure three separate acquisition loans for Northwood Investors on the portfolio that included 13 office properties, two retail buildings and two hotels located in the Ballantyne Corporate Park. Two life companies provided the lion’s share of the capital, financing the office and retail portion, while a bank lender provided the loan for the hotel assets, according to HFF.

The CREFC/Trepp survey does shed more light on activity and performance among life company lenders, which typically keep their cards close to the vest. “The survey is particularly useful today to our participating life company portfolio lenders as they navigate through a CRE cycle that is at or near its peak. It also is invaluable to CREFC’s decision-making around advocacy and other industry-related activities, both of which require a solid understanding of the sector’s general health,” said Lisa Pendergast, Executive Director of CREFC.

Expect things to continue as planned…

For the most part, life company lenders appear to be sticking to their typical conservative lending practices and not stepping too far out on the risk curve. Survey respondents said that 92% of their new originations in 2016 were fixed-rate loans. In addition, the survey results indicated a slight pullback on leverage. As of Q4 2016, the average LTV ratio on loans held within the participating company portfolios decreased from 53.90% at year-end 2015 to 51.08%.

Overall, life companies are reporting that loans are continuing to perform exceptionally well. Realized net losses in the general accounts and subsidiary entities of survey participants totaled a scant 0.003% as of Q4 2016. In addition, loan delinquencies (30 days or greater) also declined during the second half of 2016. Delinquencies recorded by survey participants within their general account holdings and subsidiary entities averaged 0.04% during the second half of 2016.

Those minimal problem loans and losses are another positive sign that life companies are likely to keep the capital spigot wide open in 2017.