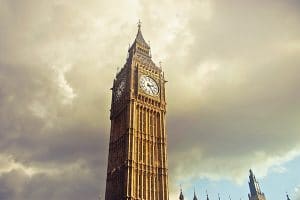 U.S. banks lay the groundwork for the successor to LIBOR, replacements emerge for the real estate industry.

Since the mid-1980s, the London Interbank Offered Rate, better known as LIBOR, has been the reference on which most floating-rate loans—an estimated $300 trillion in financial contracts globally—are based. However, the financial world was eventually forced to confront an urgent question about LIBOR: Why was it failing so dismally to meet expected behavior when compared to other market prices and rates?

Ultimately, investigators alleged explicit manipulation of the rate, including by top international banks. (See our prior post The Death Knell is Tolling for LIBOR for a more detailed discussion of this history) The revelations led to calls for for a new rate based on transactions from underlying markets and in compliance with the International Organization of Securities Commissions Principles for Financial Benchmarks.

In 2014 the New York Fed convened the Alternative Reference Rates Committee (ARRC), a private organization charged with developing LIBOR replacements, with metrics of success and a timeline. Meanwhile, the U.K.’s Financial Conduct Authority in July 2017 made it official: LIBOR would be phased out by the end of 2021.

So how will the slow death of this venerable reference rate affect the estimated $200 trillion worth of financial products—cash mortgages included—tied to U.S. dollar LIBOR?

The demise of LIBOR could have a bigger impact than many realize. As noted, the benchmark supports securities, student loans, credit cards and mortgages (including adjustable-rate and interest-only real estate loans) across the United States and throughout the world.

Commercial real estate owners, investors, and lenders need to make sure they are not caught off guard when LIBOR gives way to its replacement reference rates, foremost of which, in the United States, is the Secured Overnight Financing Rate (SOFR). First published by the New York Fed in April 2018, and singled out as its preferred “Risk-Free Rate,” SOFR is essentially an overnight interest rate that relies on actual transactions in repurchase agreements in the Treasury repurchase market.

New loan docs are starting to use SOFR as the reference rate, but many older mortgage documents (pre-LIBOR scandal) contain boilerplate language regarding benchmarks for determining interest rate calculations. Just as software in the ’90s failed to anticipate Y2K, such legacy documents naturally do not anticipate the disappearance of LIBOR after 2021. (The ARRC website offers webinars and other guidance on updating contract language amid these changes)

The pros and cons list for SOFR is ever growing with legitimate arguments on both sides.

At face value, using SOFR makes sense. It is based on actual transaction data while LIBOR was often based on hypothetical charges. However, naysayers argue that while it is based on transactional data, it is an overnight rate and so the 1-, 3- and 6- month averages would naturally look backward instead of projecting into the future. The SOFR can offer some reassurance that it is not stuck in the past: By covering multiple segments of the repurchase agreement market, it provides some scope for further market evolution. Further, as mentioned before, the SOFR is based on a robust underlying market with daily volume above $700 billion.

The transition to SOFR as a LIBOR replacement has been and appears to continue to be a slow one. For example, in a recent capital market update from Cushman and Wakefield, just over half of the examples for recent deals, closings and quotes for debt were listed as using LIBOR as the reference rate. Fortunately, progress for a term SOFR rate is evident in the offering of SOFR futures by the Chicago Mercantile Exchange, and, based on N.Y. Fed CEO William Dudley’s comments at the Bank of England’s Markets Forum in May 2018, “trading activity has gotten off to a good start.”

In a recent MarketFlash from CBRE, analysts note that, “while LIBOR will be eliminated by the end of 2021, capital markets researchers and professionals conclude…its elimination will have little impact on the cost of borrowing.” While some experts have major concerns about banks paying insufficient attention to the transition, the consensus seems to be that it will be like Y2K—a legitimate concern but one that will work out fine in the end.

All of that said, moving forward it is critical for borrowers to understand the differences between the outgoing LIBOR and the phased-in SOFR, and current note holders with expirations beyond 2021 definitely need to find out how their lenders are planning to manage (or are managing) the transition.