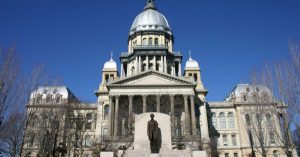 Owners of real estate with government tenants should take notice

The State of Illinois is proving that even some of the most stalwart tenants are not immune from financial problems that can all too quickly blow up and derail a property’s operating proforma.

Illinois has been making headlines recently for its soaring deficit and a growing stack of unpaid bills. The state is struggling under a staggering load of pension debt that has contributed to a budget deficit of $6.2 billion for fiscal 2017. Some critics say the “true deficit” is even higher at nearly $14 billion given the ongoing pension payouts that need to be made. Although judges have ordered the state to make payments on their outstanding bills, which now reportedly tops some $13 billion, its ability to pay up is rapidly deteriorating.

The high-profile financial struggle is giving property owners pause when evaluating potential lease risks related to government entities. Landing a government tenant is usually quite a coup for building owners. Federal, as well as state and local, agencies are considered to be reliable and consistent credits. They pay their bills on time and are willing to commit to long-term leases. Investors also have proved that they are willing to spend top dollar to buy assets that have government entities as a single or major anchor tenant in place, even though they may pay below-market rents.

The flip side is that even government entities can make financial missteps. The commercial real estate industry is paying close attention to the State of Illinois and how its financial crisis plays out. The case also drives home the critical point of why it is important to know who your tenants are, their relative credit rating and fully understand any potential risks that may exist within the lease structure.

Rarely is there a section in state and federal government leases that discuss the tenant’s default on rental obligations, and if they do exist, they tend to show up as termination clauses. When there is such a clause, it is usually a contingency written into the lease that benefits the tenant. For example, a clause may state that in the event the tenant loses funding, then the state and/or government entity has the option to terminate the lease. In other cases, a government lease may be structured to say that rental payments are from legally available funds or contingent upon the availability of annually appropriated funds. Essentially, budget cuts could open the door for an early and unexpected tenant exit.

Certainly, Illinois is not the only state to have faced a budget crisis. The city of Detroit became the largest city to seek protection from creditors when it filed for Chapter 9 bankruptcy in 2013. More recently, the city of Hartford, Connecticut hired a bankruptcy attorney in early July to explore its options. The city has blamed crippling tax hikes for deterring private investment and contributing to the city’s $50 million deficit, according to a recent Forbes article.

It is important for the commercial real estate industry to recognize that there are nuances to government leases that can have negative ramifications if a government entity falls on hard times or loses key funding. Having a solid understanding of what is in those leases helps property owners and investors prepare for situations that may arise. In addition, recognizing that there is a potential financial risk gives property owners the opportunity to make changes to future lease agreements or modify renewal terms for existing tenants.