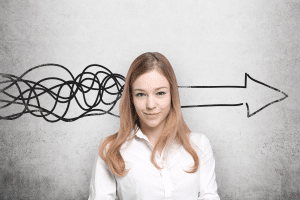 Process for CAM reconciliation puts an end to annual ‘all nighters’ once endured by a Retail Landlord’s property management and accounting teams.

Incorrectly or never-completed Common Area Maintenance (CAM) and other reconciliations can cost retail landlords tens of thousands of dollars over the life of a single tenant’s lease. In extreme cases, that figure can run into the hundreds of thousands.

A regional shopping center developer had lost $40,000 in a single year due to a reconciliation error involving a major retailer on a long-term lease; this same client had also lost an additional $15,000 that year due to similar discrepancies among a subset of smaller tenants. Such losses are an especially major concern for landlords with larger portfolios, due to the compounding costs associated with reconciliation errors, which generally hinge on faulty calculations or fuzzy lease interpretations.

Despite such high stakes, however, shopping center landlords often are unable to complete their reconciliations on time, or to ferret out and eliminate costly discrepancies within them. “Inadequate reconciliation processes are commonplace at the gamut of retail properties… outlets, malls, grocery-anchored shopping centers and everything in between,” said Mike Harris, Managing Director, CREModels. “At larger properties, in particular, the complexity of the reconciliation picture can make inaccuracies more likely. In addition to lost money and time, an inefficient reconciliation process can complicate property sales and acquisitions, and harm relationships between landlords and tenants.”

ROOT OF THE PROBLEM

Why does the problem of inefficiency in reconciliations persist? The short answer is bandwidth.

Reconciliations are time-consuming because they require busy property managers and accountants to meticulously review multiple leases, and to accurately evaluate and calculate each tenant’s share of operating expenses based on prevailing expense caps, granted modifications and other terms. The challenge here is that even large institutions often lack the capacity to handle reconciliations on top of the day-to-day tasks they face. “We have had clients come to us more than four years behind on reconciliations because they could not find the time to go through this process,” noted Max Garbus, Vice President, CREModels. “This typically ends with the landlord having to give out substantial rent credits, or to claw back large sums from understandably unhappy tenants. In many cases, there are limits as to how far back in time the landlord can go — miss the cutoff date, and the recovery is lost.”

RAMPING UP CAM RECS FOR A RETAIL LANDLORD

When a major shopping center landlord came to CREModels for help with its reconciliation, the developer’s property management and accounting teams were accustomed to pulling all-nighters in March of every year. (This is the peak of the season, not only for reconciliations, but also for taxes, which made the task even more challenging.) With a portfolio of about 50 open-air properties and more than 500 tenants, the developer saw the need to standardize and improve its reconciliation process.

CREModels set out a plan and timeline. Rather than implementing the changes during this busy season, however, CREModels collaborated with the client to establish the new process months in advance. The effort began with a detailed review of the client’s recovery structures for each tenant via lease abstracts. After conducting a full review of the client’s reconciliation methods to identify any potential discrepancies, CREModels also reviewed the landlord’s expenses to find and correct any slippage in cost recoveries. “This analysis simultaneously yielded reports to identify slippage by tenant-pertinent data for the landlord in upcoming renewal negotiations,” Harris noted.

After careful review, the CREModels team standardized the client’s billing format and notices. As a result, recovery calculations were more consistent, and tenants were able to gain a better understanding of their financial obligations. This yielded more trust among tenants as well as less time spent haggling over reconciliation methodologies. “In the absence of standardization, tenants will have more difficulty understanding the billings and where the costs are coming from,” Garbus noted, “The back-and-forth between tenants and property managers can translate into higher overhead because it takes time to work these issues out. Lack of standardization also makes it harder to review calculations for accuracy. Coming back to those formats the next year can be like starting from scratch.”

THE ROLE OF ‘ONE-TIME’ MODIFICATIONS

“The challenges associated with reconciliations are often not intuitively obvious,” noted Karl Thompson, Project Manager, CREModels. “For example, the ‘one-time’ modifications to reconciliations often granted to coveted, creditworthy tenants can sow confusion later down the line.”

“Because reconciliations require so much time and attention, property managers might give tenants with enough pull certain clunky, one-time modifications to their agreements, without documenting what caused the change in a way that ensures that the modification is not inadvertently repeated the next year or thereafter,” Thompson explained. Lack of documentation, which has the potential to set a precedent and persist over time, can also negatively affect the reconciliations of other tenants.

“The share of expenses paid by inline tenants often ends up being reduced by the amount paid by anchors (and/or tenants occupying, say, 8,000 square feet or more),” Thompson explains. Thus when larger retailers continue to enjoy these undocumented, putatively “one-time” adjustments over a period of years, the net effect can be to undercut the expense allocations paid by other stores. “This is just terrible for the landlord,” Thompson said, “and if the adjustments end up being inconsistently applied — ‘on’ one year and ‘off’ the next for some of those larger tenants — it creates wild swings in expense allocations for the rest of the tenant lineup. That’s why we put such a premium on thorough documentation of all changes, standardization of the process and things like automated, consistent communication with all tenants.”

CAM RECONCILIATIONS IN ACQUISITIONS AND DISPOSITIONS

CREModels also implemented processes to onboard reconciliations related to the developer’s new acquisitions and new or vacating tenants throughout the year, as opposed to waiting until the first quarter to start reconciliations. “Oftentimes, the operating expenses the tenant is paying have been adjusted since the lease was originally written, and amendments may need to be drawn up to clarify ambiguities,” Thompson said, “frequently, though, landlords change the reconciliation, log the call or email, but then forget about that change. The needed amendment therefore never materializes.” Given the prevalence of lease ambiguities industry-wide, amendments geared toward bringing clarity to such issues ought to be commonplace; instead, Garbus says, “they tend to occur only to address truly large-scale reimbursement issues. Let’s say the definition of CAM or operating expenses was left out of the lease. You’ll see an amendment to address such a gaping hole, but what you really want is amendments clarifying any and all lease ambiguities. The recoveries from this, for the landlord, can be tremendous over time.”

“Starting the on-boarding process early for new acquisitions and new or vacating tenants marks an excellent opportunity to alleviate such headaches,” Garbus says. It also allows for more time to be spent on other matters, such as understanding the property’s recovery rate and verifying expense coding and YTD adjustments. In the case of the retail developer, relying on CREModels for the execution of this process saved substantial time, not only in CAM rec season, but also throughout the year. Moreover, the client found that the disposition of properties became easier, as the proration process was previously established within the reconciliation plan.

“Indeed, the status of reconciliations in acquisitions and dispositions is not always fully appreciated,” Thompson says. In particular, when looking to purchase properties, it is crucial to review tenants’ current billings. “Identifying under-billings in a shopping center can unlock serious value after acquiring a property, while identifying over billings can help save you from an unknown loss of income after taking on a new property,” he explains, “incorrect reconciliations are very common. We see them quite often while underwriting deals due to either the lack of reconciliations available — i.e., they were not done — or the inaccuracy of the reconciliations that were done.”

In collaboration with CREModels, the client is now able to spread its workflow throughout the year, which means March is no longer filled with all-nighters. In this newly standardized environment, the landlord has time to bolster efficiency in other ways, such as aligning tasks in accounting with the firm’s overall strategic plan.
The client’s reconciliation letters are now readied in advance, which means the required prep time has been dramatically reduced. Once the accounting team finalizes the year’s expenses, the notices are ready to print with a simple update. The developer continues to outsource its reconciliation prep work to CREModels. “They have gained an experienced team of scalable analysts at a fraction of the cost of retaining fulltime analytical talent,” said Mike Jaworski, Managing Director, CREModels.

Both tenants and landlords want to keep the amount of time spent — and the costs — associated with reconciliations as low as possible. Haphazard, difficult-to-understand notices, as well as inconsistent practices, run counter to this goal. If the billing formats are unclear, suspicious tenants will naturally begin to ask questions in ways that strain the landlord-tenant relationship. Putting standard processes and procedures in place, by contrast, can alleviate these issues and help both sides understand where gaps or slippage are occurring and address them. “This is one of the quickest ways to add value to the property and increase the bottom line,” Jaworski said.

“CREModels brings its own industry best practices to the reconciliation process,” adds Thompson, “our advantage is that we get to see what mistakes other companies are making, rather than a ‘guess and check’ type method,” he said. “All our tools, systems, and products go through continuous improvement. The experience CREModels brings to the table, alone, increases efficiencies and accuracy. Couple that with the constant improvement of our products and systems, and the result is top-tier.”

Busy property managers and accountants need to keep their operations flowing. As a result, they often have little time for innovation and implementation of process improvements related to reconciliations. CREModels’ teams are dedicated to innovation. “We can focus on a specific task to ensure implementation of accurate and efficient systems — simple, ‘plug-and-play’ processes and products for our clients,” Harris said. “Given today’s market shifts, it is critical for landlords to stay on top of their recoveries. The savings in time and money can better position them to thrive amid the ongoing evolution of retail.”