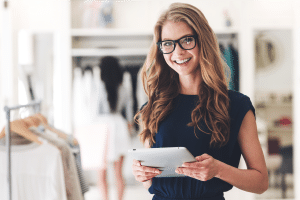 ST. PETERSBURG, Fla., Aug. 21, 2018 /PRNewswire/ — If present trends continue, retail rents might one day be based on traffic and customers rather than traditional metrics such as sales per square foot or percentage rent, observes Mike Harris, Managing Director of CREModels, in a new column for Forbes.com.

“E-commerce is transforming retail real estate and yet the most drastic changes may still be ahead,” writes Harris, whose CREModels provides financial modeling, due diligence and technology consulting.

In the Aug. 14 column for Forbes.com (“From Stores To Showrooms: Evolving The In-Store Experience And Underwriting Practices”), Harris notes that landlords like Macerich and CBL Properties are increasingly cultivating relationships with the types of digitally native retailers that tend to open showrooms—the likes of Casper, Warby Parker, thredUP, Adore Me, Everlane and UNTUCKit.

They are also ramping up the customer and property data they collect and spearheading pilot programs to share this type of information with data-hungry tenants. Given enough time, Harris contends, tenants’ marketing departments could start to regard the highest-traffic malls and shopping districts as key influencers in their own right. “We may now be in the first stages of this evolution,” he writes. “Instead of thinking about real estate as ground zero for transactions, clicks-to-bricks operators are asking landlords for data on how physical stores can help them acquire customers.”

Such shifts could lead to a different conception of the basic business contract between landlords and certain tenants, Harris continues. Productivity-related stats such as sales per square foot or percentage rent could give way to calculations focused on traffic and customers. To illustrate what this might look like, Harris cites the Software-as-a-Service distribution model, in which third-party providers host customer apps online.

“In this world, marketers frequently pay a lot more for each new customer than they would have received from just a first sale alone,” he writes. “Applied to real estate, this type of pricing could upend the concept of a rent-to-sales ratio.” Instead of a retailer attempting to keep rent far below its sales, an operator may be willing to pay substantially more than the initial transaction in recognition of the value of the customer connection, Harris explains.

In the era of multichannel retailing, the difficulty in determining when and where sales actually occur has already forced a reexamination of the percentage rent model, Harris notes. “It is possible that certain leases could one day be priced based on the cost, expressed as a calculated ratio, of persuading a customer to buy a product or service,” he writes. “Alternately, rent could be calculated on a price-per-lead basis in which some retailers literally pay just for the footsteps into their stores.”

Were that to happen, ecommerce and brick-and-mortar retailing could finally have their incentives fully aligned. But big changes always create challenges, Harris notes. “The increase in rents could appear drastic to tenants, but justifiable to landlords who have made huge investments in their properties and data capabilities,” he explains.

Some of the resulting efficiencies could turn out to be counterintuitive as well. Today, for example, landlords have every reason to push for larger store sizes. But under this alternative rubric, property owners want to increase the number of tenants and may be happy with smaller stores as long as the ultimate customer fit between tenants is cohesive. “It will be interesting to see whether contracts between landlords and tenants will one day closely mimic traditional marketing agreements,” Harris concludes. “With time such a change could remake—and perhaps even renew—the retail landscape.”