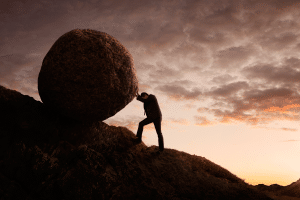 The national trend toward mixed-use development is undeniable, write Mike Harris, Managing Director, and Max Garbus, Practice Director, Due Diligence Services, in the June 22 piece, “Single-Use Developers, Mixed-Use World: Making the Switch.” “Marketed as experiential, live-work-play communities beloved by Millennials and empty nesters alike, mixed-use projects are popping up from the waterfronts of the Mid-Atlantic to the suburbs of Seattle,” they note. But if they choose to embrace the trend, caution the executives, single-use developers need to carefully prepare for the different dynamics that prevail. “Simply put, mixed-use is a different animal,” they write.

It starts from the very beginning as the team puts together financing. “While the capital stack for single-use properties tends to be relatively simple, a large mixed-use project could involve one set of investors and four different construction loans, or vice versa,” they note. Likewise, the financial underwriting and modeling platforms that work perfectly well for single-use projects can break down when retrofitted to include additional property types, caution Harris and Garbus. This tends to escalate when different stakeholders want to see reporting at different levels, they explain. “For instance, investors may want rollup financials, but lenders may want to see progress reported on each property type individually.”

As projects scale up, the reporting can get even more complicated: “One group of investors may cover the retail and office portion, but the mezzanine lenders may be involved only on the condos, while traditional construction loans are placed on the entire project,” write Harris and Garbus. “As these complex developments evolve, making changes to the models can be especially cumbersome—one nuanced alteration can have cascading effects, requiring time-consuming adjustments.”

In the piece, Harris and Garbus describe a number of additional complexities often associated with mixed-use projects in areas such as leasing, marketing and timing. They note that some of the largest development companies are now battling for a shrinking pool of highly paid executive talent with track records in mixed-use. But an alternative to building in-house expertise hinges on forming joint ventures and bringing in consultants who are experts in financial analysis, leasing, property management, marketing and operations on such projects. “Every additional property type introduces more complexity, which takes a trained eye to recognize,” the executives write.

In particular, the pro forma analysis and underwriting need to be conducted quickly and accurately, with a view toward creating a compelling, professional package for presentation to prospective lenders and investors, advise Harris and Garbus.

“By their nature, mixed-use deals may be larger than what single-use developers are accustomed to handling,” they explain. “Because of this, as developers make the transition to creating mixed-use projects, they may need to talk to whole new sets of lenders or investors … Being armed with the right tools—everything from the pitch deck, to the financial projections, to a clear explication of the deal structure—demonstrates the team’s capabilities and competence with respect to the financial underwriting.”

In the conclusion, Harris and Garbus encourage developers to prepare for the possibility of one day becoming a part of the mixed-use trend. Toward that end, they could act now to build vendor relationships, visit outstanding success stories, line up modeling methodologies and, in general, make a thorough study of the world of mixed-use. “Cross-training in this way has another potential upside—relationships forged today just might blossom into the mixed-use JVs of tomorrow.”