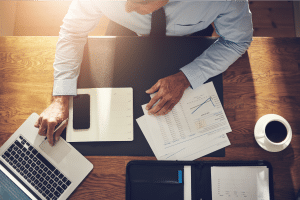 Commercial real estate investors are racing to fill their acquisitions pipelines before the market turns. However, as teams fly around the country bidding on properties, they can lose sight of a sobering fact about real estate deal-making: The faster the pace, the harder it can be to ferret out problems with prospective acquisitions. In the worst-case scenario, the buyer finds out about a huge issue only after the ink on the closing documents is dry.

How is it that a robust market can put downward pressure on the quality of due diligence?

In a sluggish environment, the seller of a value-add shopping center or multifamily property might struggle to find bidders. So when an interested party does come along, that seller is likely to give the buyer ample time to conduct a thorough due diligence process.

When competition for assets heats up, though, a seller might have multiple suitors willing to pay competitive prices. All else being equal, if one bidder requires 45 days for due diligence while another is content with a short 15- or 20-day process, the seller will take the latter bid. This is part of the reason investors sometimes push ahead with “expedited” due diligence. Competitive pressures also can affect the availability of resources for the process: When acquisitions teams are busy hunting for and bidding on multiple targets, they have less time to pore over the stacks of paperwork associated with each property.

This level of risk might have been tolerable in earlier eras. But today’s real estate market is characterized by a heavy emphasis on value-add plays as well as rampant disruption in retailing and other sectors. Amid thin margins and a high degree of uncertainty about the long-term prospects of some tenants and assets, getting due diligence right is imperative. The process should involve more than “checking the box” on whether documents are in place; rather, due diligence should have an investigative quality, with experts asking hard questions about the property’s financials, vendor contracts, co-tenancy clauses, Common Area Maintenance (CAM) reconciliations and more.

When acquisitions move forward based on a relatively surface-level assessment, bad things can happen. By contrast, a solid due diligence process can give investors confidence in their decisions. Consider a few examples drawn from the recent experience of my firm’s due diligence team.

Last year, the seller of a struggling multifamily property provided a prospective buyer with documentation of accounts receivable dating back 12 months. On the surface, all seemed well. But in representing the prospective buyer, we pushed for 36 months of documentation. This inquiry revealed that a large number of tenants were not paying their rent — an important detail that was omitted in the whitewashed document initially presented by the seller. These uncollected rents totaled $236,000 for a single year. Along the same lines, the seller in another multifamily deal presented a profit-and-loss statement and general ledger that, in a shallow due diligence process, might have been accepted by a time-pressed buyer. When we cross-checked those documents against the bank statements, however, something important was revealed: The seller had been recording as “paid” those rents that had never been collected.

Some issues that emerge in this process can be counterintuitive. In an office deal in 2016, the seller had entered into service contracts with landscaping, maintenance and other vendors. Technically, nothing was out of order with the documents. However, we questioned whether the contracts were truly in line with prevailing market rates. The answer was a resounding no. In fact, the owner had been helping out a few business associates by paying them astronomical sums. Since these contracts were transferable, an unwitting buyer would have been forced to pay these untenable rates for the life of their terms.

A more common occurrence hinges on precisely the opposite situation: Suppose that the seller of a large-scale office project is contractually obligated to pay $30,000 a month for maintenance over a five-year term. In presenting this transferable contract to the buyer, the seller fails to explain that the contract has gone unpaid for six months. In all likelihood, the new owner would receive quite an unpleasant call from the vendor: “We will perform no maintenance on these buildings until we’re paid the $180,000 we’re owed.”

In due diligence, key answers can sometimes be found simply by asking for the right documents. Often, though, the team must overcome huge logistical challenges just to gather enough information to start the analysis. In 2014, for instance, our due diligence experts spent hours in the controller’s office of a would-be seller to pull together critical information about the office/industrial asset on offer. Using a computer literally built in the 1980s, the seller had haphazardly put together its own accounting “system” with general ledger documents stored as barely legible digital images. In another case, the seller of a shopping center presented the team with lease abstracts that were a full decade old. The abstracts were useless given the pace of change in retail. Our firm took on the laborious — but essential — task of analyzing all tenant leases to create easy-to-read, up-to-date abstracts. These summaries of key lease contents yielded comparative data for the buyer on co-tenancy clauses, rents, temporary reimbursements and more.

Due diligence is perhaps most critical when investors are least able to give it their full attention — i.e., when the market is hopping. And yet this process, when approached wholeheartedly and in an investigative spirit, can help answer a pressing question: How will this asset hold up if the economy nosedives? The challenge here is that due diligence is not a core competency for acquisitions teams. Likewise, in-house property managers and accountants already work full-time jobs. One way to give due diligence its due? Hire experts to sift through the paperwork, bring risks to the surface and uncover hidden value.