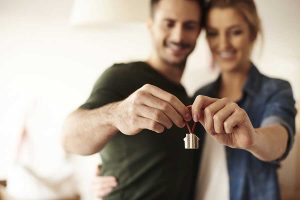 FICO scores are about to change in a big way. Meet UltraFICO.

Fair Isaac Corp, creator of the widely used FICO credit score, has developed a new version of the ubiquitous lending-qualification metric, dubbed the UltraFICO. This updated version, one of the biggest shifts in credit reporting we’ve seen in a long time, promises to give potential creditors the ability to analyze not only borrowing, but also savings habits of the millions of Americans.

According to the Wall Street Journal, lenders have been pushing credit-reporting firms and FICO to “figure out a way to help them boost lending without taking on significantly more risk.”

After a decade of focusing on the top end of the income spectrum, growth-chasing banks are running out of runway. With the UltraFICO update, they aim to bring more left-behind borrowers into the fold. With a stated goal of increasing access to credit for those with scores in the upper 500s to the lower 600s, this is a change that could increase demand for multifamily rental units and for-sale housing alike. In order to qualify for this improved treatment, applicants will have to provide access to their bank accounts directly to FICO.

FICO claims about 7 million people whose credit scores are hurt by thin borrowing histories stand to benefit; an estimated 26 million subprime borrowers will get a bump in their scores, with nearly 4 million seeing at least a 20-point increase.

The bulk of this effect is at the very low-end of the income range: FICO states that this will help applicants with an average balance of $400 and haven’t overdrawn in the prior three months, which is unlikely to include investors and developers of commercial, multifamily or mixed-use real estate properties. However, it may be that when combined with the recently codified Opportunity Zone legislation, the result could mean a substantial difference in access to housing and capital flows in some of the most blighted areas.

Especially in multifamily and for-sale housing, this could mean that many more residents in these areas suddenly qualify for mortgages and leases due to the UltraFICO scoring methodology. At the same time, developers and investors are highly incentivized to pour capital into the area.

It also remains to be seen how receptive credit-seekers will be to providing open access to their bank accounts, especially in the wake of the 2017 data breach at Equifax, which exposed the sensitive personal information of 143 million people. Even when not involved in a breach, the credit reporting agencies are notorious for mining personal data for later aggregation and resale. As privacy becomes a greater concern among Americans, it may be that this type of detailed access into bank accounts may be a less-appealing tradeoff.

FICO has also said that some scores could decrease when the banking info is incorporated. If borrowing history is strong, but cash stores are depleted, this may be viewed as an early indicator of potential future financial distress, and could result in a lower score, potentially disqualifying some applicants by using this new data which was previously unavailable.

The new metric will go into trial use in early 2019. FICO states it will be widely available by midyear. It will be interesting to see how influential it will be in the real estate investors and developers.