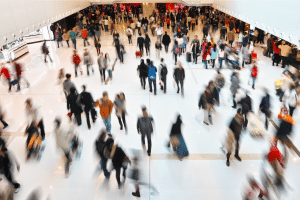 Erroneous common area maintenance and other reconciliations (generally referred to by the catchall term “CAM recs”) can account for hundreds of thousands of dollars in losses over time for landlords. This is especially true of those with large portfolios comprised of dozens of shopping centers and hundreds of tenants. Even for just a single tenant, incorrect calculations or lease interpretations can add up to a five-figure annual loss for the landlord. The longer the mistake goes unrecognized, the greater the damage. Reconciliation complexity also grows exponentially with property size, making inaccuracies more likely. Such mistakes can complicate and delay property transactions and even spur conflicts that sour landlord-tenant relationships.

Important as CAM recs are, however, landlords often fail to complete them on time.

Chalk it up to the labor-intensive, time-consuming nature of the process. Generally speaking, it amounts to a herculean effort for already-busy property managers and accountants. Timing wise, CAM recs are usually conducted right in the middle of spring tax season. As a result, real estate companies’ internal teams work incredibly long hours as they dive into the weeds on expense calculations, caps and modifications in addition to their daily responsibilities. This presumes the team is actually able to engage on CAM recs. All too often, companies run years behind on the process precisely because their internal teams already have too much to do.

There’s a double-whammy here: Let’s say a company is three years behind on its CAM recs. When it does eventually find time to straighten things out, it is likely to frustrate its retailers by asking them to pay back huge sums.

If too much time is allowed to pass, what are essentially statutes of limitations on CAM rec recoveries can be triggered, resulting in thousands of dollars in irrevocable losses for the landlord. When the mistake runs in the opposite direction — i.e., the landlord has been taking too large a share of expenses for a particular tenant — the solution is to give out rent credits, which is hardly optimal for owners seeking to stay on budget.

Falling behind can complicate things in other ways as well. Let’s say the landlord grants a tenant a “one time” exemption from paying a certain annual expense. An under-the-gun property manager might fail to properly record that temporary break. As a result, the tenant could avoid the payment for several years running. In addition to the costs associated with that particular tenant, the error could also compound losses linked to other retailers: At many shopping centers, leases stipulate that the share of expenses paid by inline tenants will be based in part on what the larger tenants paid. When that number has been wrong for years on end, the cascading effects can be a costly nightmare to sort out.

Of course, an increased likelihood of precisely the types of errors described above is a predictable consequence of a rushed or intermittent CAM recs process. That means tenants are more likely to be confused about their true share of expenses, which can lead to unpleasant and expensive haggling and can hurt the retail-landlord relationship.

Lack of standardization also can make it harder for property managers and accountants to review calculations for correctness. Whenever they start the CAM recs process, they have to be on guard for unexpected quirks and inconsistencies. They go to each other with questions like, “Now that Jane has left the company, do you remember how she handled this issue the last time we did CAM recs?”

At a time when owners are racing to buy and sell properties in a white-hot market characterized by thin margins, the effects of faulty or unclear CAM recs on transactions can be substantial as well. When landlords negotiate expenses with tenants, they often “document” these agreements informally (by, for example, typing out the details in a file saved to a hard drive). The intent is to draw up a proper lease amendment later, but in practice this step often falls by the wayside. When it comes time to sell the property, the resulting ambiguities can create a mess that delays the deal.

All too often, companies acquire properties with the intent of reconciling CAM and other expenses in March along with the rest of the portfolio. But when evaluating acquisitions, it is much wiser to immediately identify all underbillings and overbillings related to tenants’ share of expenses. This ramps up the efficiency of transactions, saves money and mitigates risk. All too often, however, buyers are too busy to get ahead of the curve on the process.

Retail landlords across the industry need to allocate more time and resources to maximizing the efficiency of their CAM recs. To improve things, start planning now rather than waiting until seasonal crunch time. The effort should include a detailed review to uncover any errors among all tenants, as well as any unaccounted-for slippage in your cost recoveries. The team should prepare a summary report with standardized billing formats to verify that expenses were coded or bucketed appropriately; a property summary should show the recovery rate, tenant by tenant.

Throughout the effort, the goal should be to thoroughly document all reconciliation-related changes. Automated, consistent tenant notices are a crucial finishing touch. Having these ready-to-send letters in advance can be a big time-saver for property managers and tenants alike.

Consider outsourcing these tasks to an experienced third party. Such firms, including the one I helm, bring their own expertise to the table; they routinely see the types of mistakes other companies make and continuously improve their own tools, systems and software. Experts can help buyers uncover reconciliation issues immediately upon acquisition or even during due diligence. By leveraging these capabilities, landlords can avoid pouring precious internal resources into non-core activities — and gain an edge at a time of intense competition and rapid change.