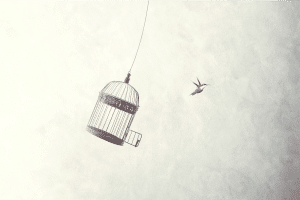 ST. PETERSBURG, Fla., April 12, 2018 /PRNewswire/ — Store closures by the likes of Macy’s and Toys “R” Us threaten to resurrect a retail nightmare from the Great Recession—cascading vacancies triggered by lease clauses that let other retailers flee struggling shopping centers, writes Mike Harris, Managing Director of CREModels, in a new column for Forbes.com.

“Losing a key retail anchor tenant in a shopping center is bad enough,” Harris notes. “While this creates a big vacancy on its own, the domino effect resulting from co-tenancy clauses and termination rights in the remaining tenants can be financially crippling.”

Harris’ firm provides consulting services and software products for investors, lenders and tenants in commercial and multifamily real estate. In the column for Forbes.com, the veteran real estate executive notes that 2017 was a near-record year for store closings and retailer bankruptcies alike. Over the course of 2018, he adds, the research firm Cushman & Wakefield predicts another 11,000 U.S. stores will close their doors.

But while the travails of top anchors tend to dominate business headlines, Harris explains, owners, investors and lenders involved in retail real estate should pay attention to the hidden risks posed by co-tenancy clauses in other retailers’ leases.

“We frequently see situations where property values are affected significantly by the interactions between clauses found in leases of different tenants at the same property,” Harris writes. “Any time a big-box or other anchor tenant leaves, inline tenants’ co-tenancy clauses may allow them to terminate their leases without any penalties. To make matters worse, many tenants also have the ability to leave if the overall occupancy of a center falls below a pre-determined level.”

In the worst-case scenarios, the executive writes, the loss of an anchor can trigger a death spiral at the property. However, he advises, the clauses can be problematic for landlords, investors and other tenants even under less-severe circumstances. “Often these co-tenancy clauses have a grace period that allows the landlord time to backfill empty space,” Harris writes. “However, tenants may have the right to pay reduced rent until occupancy returns to a minimum level.”

In the column, Harris covers possible strategic responses to the so-called apocalypse of store closures, including subdividing big-box or other large spaces and leasing them to smaller retail and non-retail users.

But given the volatility in today’s retail marketplace, landlords, investors and lenders would do well to conduct detailed risk assessments that include any potential collateral damage that could be set in motion by co-tenancy clauses, both at the property level and portfolio-wide, Harris advises. “One of the best tools to have at your fingertips is an abbreviated co-tenancy and [lease] kick-out performance matrix,” Harris writes. “This allows you to quickly see how these effects can compound in a worst-case scenario.”

Correctly understanding these risks is also crucial when negotiating new leases, the executive adds. All too often, he writes, retail landlords do long-term retail deals without adequately considering the potential negative effects of co-tenancy clauses during a downturn. “Most pro forma analyses anticipate growth and good times ahead,” Harris writes. “However, making sure to stress-test against potential problems can make a big difference in underpinning the value of a shopping center if the market turns.”

In the conclusion to the piece, Harris points to the potential upside of losing an anchor tenant—namely, the ability to replace it with a superior tenant that drives traffic, repositions the property and raises its value. The key is to make strategic decisions based on accurate, up-to-date information. “Being aware of potential risks helps owners and lenders stay ahead of the curve,” Harris advises.