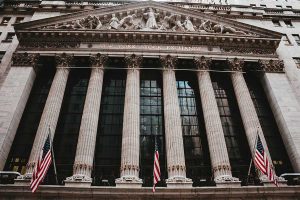 The U.S. economy could very well be headed into the “home stretch” of the recovery cycle after nearly a decade of growth. Overall, the outlook for the U.S. economy in the coming year is for slower, yet still positive economic growth. Yet even though Goldman Sachs is anticipating “meaningful deceleration” in some key indicators in the coming year, that could actually be a big positive in extending the expansion cycle by reducing the risk that the economy gets overheated. In addition, it will take some time for that slowdown to emerge. The U.S. economy had solid momentum rolling into 2019 that is expected to sustain above trend growth in the first half with a slowdown taking hold in the second half of the year.

Some of the key positives in the economy this year will be continued job and income growth along with high rates of savings, high consumer confidence and consumption. Notably, business confidence is expected to generate business investment growth of about 4%. Meanwhile, challenges that could weigh on the economy in the coming year include trade tensions with China and continued weakness in the housing sector.

The report also addresses the elephant in the room – recession risk. Although there is a first time for everything, the Fed has never been able to engineer a soft landing when the economy moves beyond full employment. The Fed does have a good chance of “beating the historical odds” if it moves slowly with gradual tightening and is able to avoid urgent action or a forceful policy response.

Given that neither core inflation nor unit labor cost growth look worrisome at the moment, Goldman Sachs does not think it makes sense to characterize the economy as “late cycle” at this point. In fact, the Goldman Sachs recession risk model indicates that recession risk is still quite low, which suggests that the expansion is on course to become the longest in U.S. history and could even extend its positive run for “subsequent years” beyond 2019.

Forecast for Key Economic Indicators in 2019

GDP Growth: Growth is likely to slow signiﬁcantly next year due to tighter financing conditions and fading benefits from the fiscal stimulus created by tax reform. Goldman Sachs is predicting that GDP growth will slow from a pace of 3.5% in Q3 2018 to 1.75% by the end of 2019.

Jobs: Strong employment has been underpinning the prolonged growth cycle. The unemployment rate has fallen to a 48-year low, and robust job creation should push unemployment to a low of 3% by early 2020.

Inflation: PCE inﬂation was relatively low in 2018, hovering within 5bp of 2% towards the end of the year. However, several factors are creating upward pressure on inflation, including rising wages, the impacts of tariffs on consumer goods and a new state-level online sales tax. Core PCE inflation will likely increase slightly to 2.25% by the end of 2019.  Yet it is important to note that inflation risk is always higher than it seems, and there is a chance that inflation could overshoot that market to 2.5%.

Note: Following the publication of this report the Fed has indicated that there would likely be fewer rate hikes in 2019 due to what it expected to be slowing economic growth.

Monetary Policy: In addition to interest rate increases, three key monetary policies to watch in the coming year include: